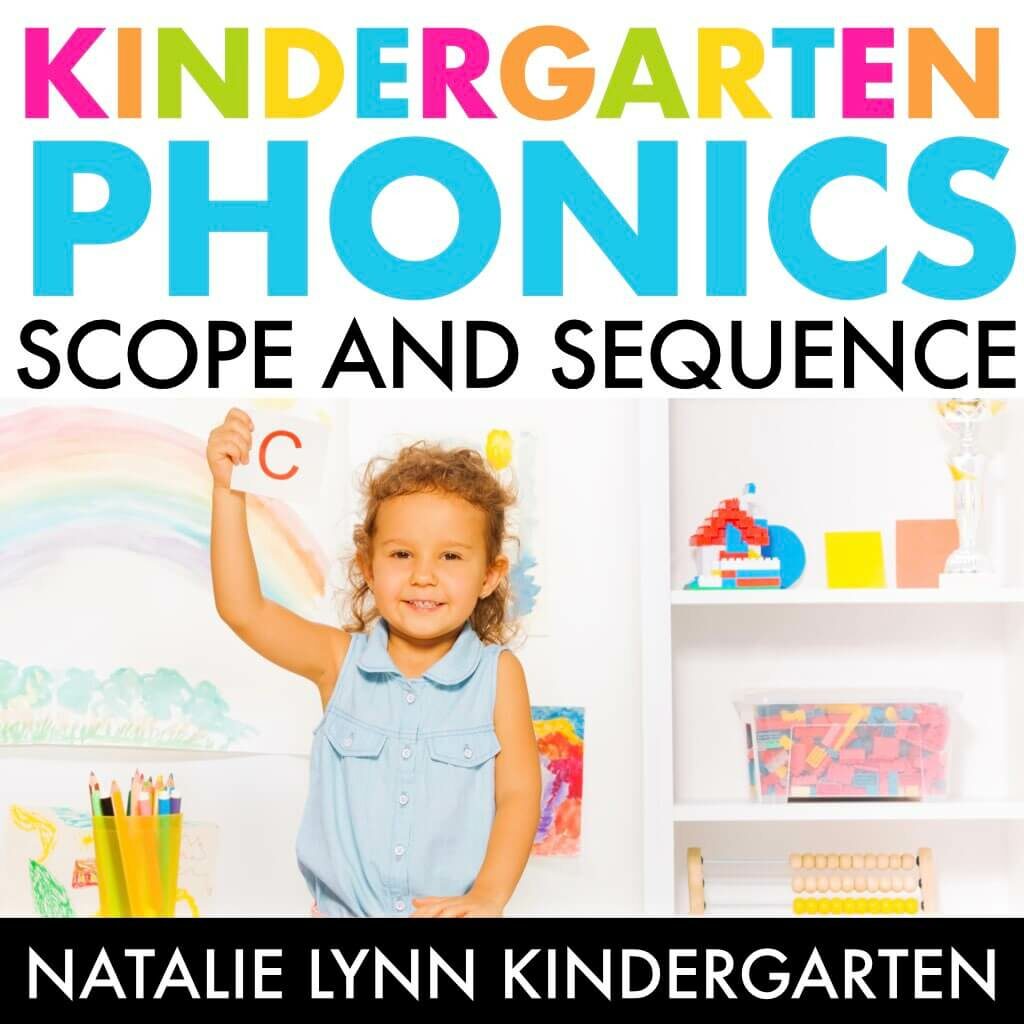 We know how important teaching phonics in Kindergarten is, but too often, this is an area teachers are not given enough resources for. You know you need a Kindergarten phonics scope and sequence, but where do you even begin?

When planning for your Kindergarten phonics instruction, a scope and sequence will help guide your planning and instruction.

Think of your scope and sequence like a map for your phonics instruction. You can look at where you are and see where you need to go next.

But here’s another important fact about phonics scope and sequences – every one might look a little different. As we research and learn more about how the brain learns to read and write, how we teach phonics in Kindergarten might change.

That’s okay! Use this Kindergarten phonics scope and sequence as a guide, but also realize that it is not set in stone.

Research shows that kids need a strong foundation in phonemic awareness if they are going to be successful readers. Phonemic awareness activities should absolutely be a part of your every day instruction.

You might choose to begin your phonics instruction with only phonemic awareness, or you might teach it at the same time you teach the alphabet. Either way works!

Personally, I have a separate time in our schedule that we focus on phonemic awareness each day. I consider this a part of our whole group literacy block.

Our kindergarten phonemic awareness routine takes about 5 minutes, and we do it right after our Morning Meeting. We also do our shared reading poem at the same time.

Our phonemic awareness routine builds on skills throughout the year and it is completely oral and auditory – no written letters or words.

Before students can read and write, they need to know letters and letter sounds. Our Kindergarten phonics scope and sequence begins by introducing one letter a day.

Every curriculum will tell you to introduce the letters in a different order. Personally, I’ve had the most success introducing a letter a day A-Z and then doing mixed order for our letter sounds review the next few weeks.

Since many of my students do not have any background alphabet knowledge beyond the alphabet song, going in letter order seems to give them a connection to our letter each day. It’s so fun when they start being able to guess what our letter will be the next day!

I do not expect my Kindergarteners to master all their letters and letter sounds by the end of the 26 days.

But by beginning with a letter a day, you expose students to all the letters quickly and give them some background knowledge to build off of.

When introducing each letter, I make sure to introduce it as a sound. Then, I show my students how to spell that sound. For example, “Today we are going to learn the sound /b/. Can you say that sound? We spell the sound /b/ with the letter Bb.”

After we introduce a letter a day, our Kindergarten phonics scope and sequence goes back and and focuses on letter sounds and beginning sounds. We focus on two letters over three days.

During this time, we focus on hearing these letter sounds at the beginning of words (beginning sounds) and recognizing that we can put sounds together to make words.

I like to keep this exciting by making these “alphabet missions!” If you use my phonics curriculum, you know that Sneaky Sam comes in on these days and hides our pictures! We have to complete an alphabet detective mission to find the picture cards and then sort them to the correct letter files.

We also do a lot of interactive writing together with our target letter sounds. At this point, students are probably only writing the first letter in the picture word. That’s okay! We are learning to hear and record sounds.

When we introduce each letter, we talk about if it is a consonant or a vowel. However, that doesn’t mean much to my kindergartners at the beginning of the year.

Before we really focus on CVC words, we go back and talk about how special vowels are. They are the glue that holds our words together!

Then, we learn what a CVC word is and the “secret recipe” for making CVC words. If you teach phonics, you know that CVC words are a HUGE part of our scope and sequence in Kindergarten. You will spend a lot of time here!

I spend a week focusing on building, writing, and reading CVC words with each short vowel. Those short vowel sounds are tricky for our Kindergarteners!

Our Vowel Friends help us remember the vowel sounds and support students as they begin to encode.

Then, we spend time with mixed vowel CVC words. Now that students have practice decoding CVC words with the support of always having the same vowel, they can practice listening for the different vowel sounds.

Now, some of your students will take the entire school year to master CVC words. THAT’S OKAY!

In Kindergarten, students are expected to master CVC words by the end of the year. That’s it! Give your students a strong foundation in decoding and writing CVC words, and they will enter first grade that much stronger.

Does that mean that you shouldn’t teach more advanced skills? No, i’m not saying that!

You can do this as a part of your guided reading small groups. You can also ditch the whole group phonics instruction all together and only teach in small groups. Do what works best for you and your students.

I know some teachers prefer to teach digraphs after letter sounds but before CVC words. You can absolutely do that, but I have found that students master digraphs so much faster when they already have a strong foundation in CVC words.

Digraphs are usually easier for students to master than blends, because they are two letters, but they make one sound.

In Kindergarten, we focus on CCVC and CVCC words with digraphs, because I want my students to be able to practice these words in context when reading and writing.

They won’t be able to do that if I’m using words that include phonics patterns they have not learned yet.

Because of this, we really focus on digraphs sh, ch, th and ck.

Our Digraph Phonics Friends help us to remember those tricky digraph sounds.

This is one of those skills that you might choose to teach later on in the year; it comes down to personal preference.

I like to teach diphthong OO and it’s two sounds now because we just learned about letters that stick together to make a new sound. I don’t want my students to get confused once we throw blends in.

After digraphs, our Kindergarten phonics scope and sequence moves into long vowels and CVCe words.

Why not blends? I have found that a lot of blends words contain long vowels or the CVCe pattern. There are not that many CCVC blends words. So to be able to decode efficiently, students need to know the silent e rule.

We introduce the CVCe pattern with Super Sneaky Silent e. Students love meeting Silent e and hearing about the tricks he plays!

Beginning blends can be difficult for students to hear because there are two separate letter sounds, but they can get a little jumbled due to the way we speak.

When introducing beginning blends whole group, I focus on one beginning blend a day. We build our anchor charts with interactive writing so students:

This is also known as bossy r! In Kindergarten, I tend to focus on ar and or in our whole group instruction These are the two r-controlled vowels that have the most distinct sounds.

Can you focus on er, ir, ur? Absolutely, and you should if your students are ready for them!

The majority of your students will most likely not reach this point on Kindergarten, and that’s okay. Remember, small groups for differentiation are always an option!

If your students are ready, can you go beyond this scope and sequence into more advanced skills? Absolutely!

In the phonics scope and sequence for Kindergarten free download, I have included skills beyond those listed here.

Just remember, in addition to the phonics skills we talked about, it is important that your students also work on phonemic awareness, fluency, comprehension, etc. if you want to build strong readers.

Want this scope and sequence in a printable PDF that you can reference throughout the year?

You can grab the free kindergarten phonics scope and sequence below! Just enter your email and then confirm in your inbox. 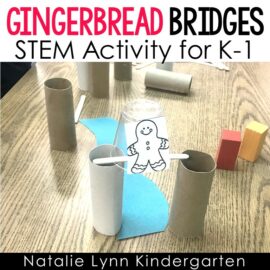 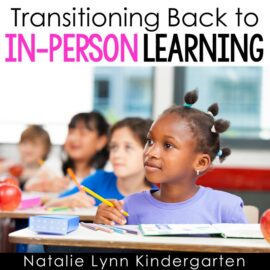 Make Going Back to School Easier After Kindergarten Distance Learning 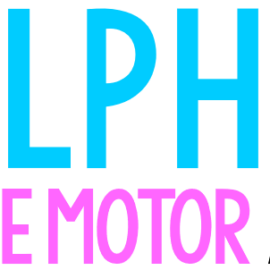 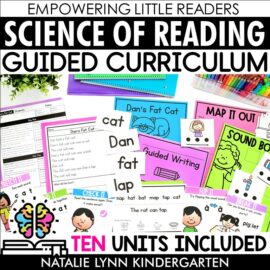 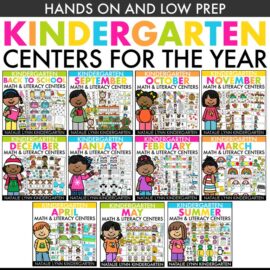